Bridges evoke so much feeling! A means of crossing from some place, to another place …. in our lives we are sometimes looking for a bridge … which might be education, or connections or energy in some form or other … such as funding…. However I am sticking with some picturesque bridges from our travels, so don’t panic 🙂 Join in with Ailsa, of Where’s My Packpack

i loved the bridges of Amsterdam! 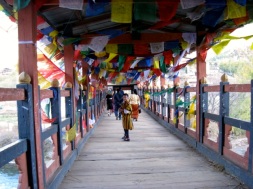 walking over the bridge in Thimphu 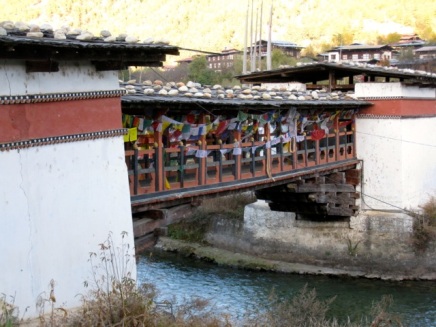 Indian labourers building a new bridge by hand in Bhutan

sunset cruise on the Seine, Paris 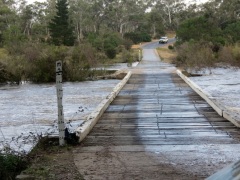 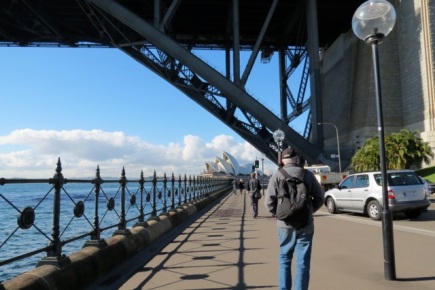 Sydney Harbour Bridge from the Rocks 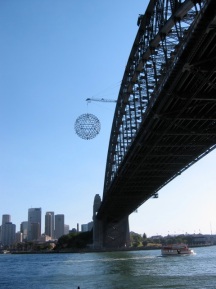 One of my lifetime favourite bridges is Sydney Harbour Bridge, but the bridges of Bhutan always amazed me …. it is mountainous country with no straight roads at all … so there are many bridges crossing mountain streams and rivers. Be blessed (as Francine says) by the prayer flags flying on this bridge in Thimphu! The Humber bridge was a connection I made in researching family history … one couple among my ancestors came from Yorkshire and Lincolnshire, which are now joined by a very long bridge, across the Humber. Obviously before the bridge people still found a way across!! I love simple old bridges, and magnificent stone bridges, they all appeal to me … I probably could live on a bridge like people in some European cities.

Cee’s Fun Foto Challenge this week is the Colors of Red, White or Red and White together. A wonderful reason to hunt through your photo library or go out hunting with the camera! Here are mine: 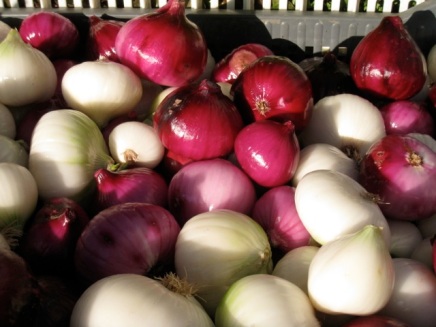 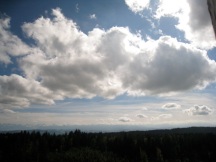 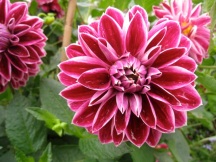 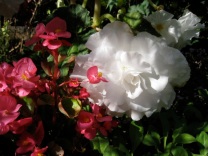 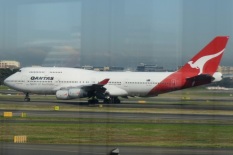 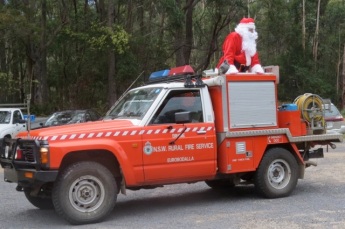 Swiss Alps in the distance

Thanks to Ailsa of Where’s My Backpack I have been searching through my mountain photos. We have visited mountains overseas, in Nepal, where the Himalayas almost encircle Kathmandu, and creep right up to Pokara, in Bhutan which is built amongst the Himalayan foothills, in Ireland where as usual we always search out the wildest places, in southern France with the Pyrenees, and in Switzerland where even a distant view of the Alps is breath-taking. Included here are mountains of Australia, an ancient land whose peaks have been wearing away for a very long time. Mount Warning is the centre of an old shield volcano, near the Border Ranges of NSW and Queensland. The Brindabellas, a small mountain range just south west of our nation’s capitol, Canberra, are often snow capped in winter, making a pretty sight from the city. Mount Sondor is part of the West MacDonnell Ranges in Central Australia, a mountain made famous by iconic aboriginal artist Albert Namatjira.

Two of our beloveds, being watched by all their friends and family, and their little 18 month old, as they make a life-long commitment to each other. Isn’t it thrilling? That symbolic kiss is like the stamp on the contract, I do commit to you. They are a wonderful couple, forging a unique creative life together, on the edge of environmental and political change, and fabulous parents ….. we love them too. 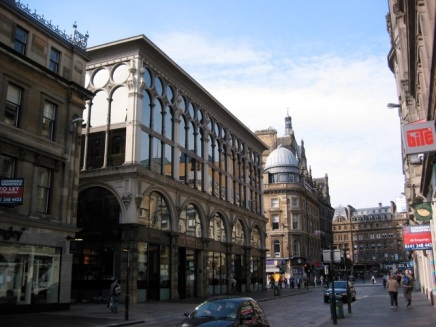 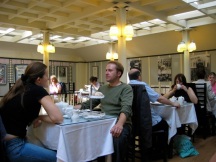 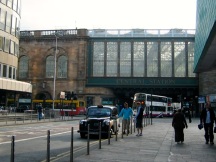 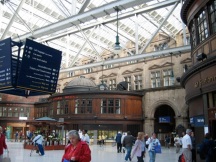 Tagged G, this week’s challenge by Frizz, reminded me of visiting Glasgow some years ago. My husband’s grandfather hopped on a ship about 1911, arrived in Australia and made a new life here. He stowed away we think, because we cannot find any record of his journey, as passenger or crew. We spent a few days in Glasgow, caught up with some ‘cousins’ and a few city sights. As an architect my husband had to see some of the works of famous architect Charles Rennie Mackintosh, including his Willow Tea Rooms, and iconic Art Nouveau design. We loved the Kelvingrove art gallery and museum, and the wonderful Glasgow Central Station.

Just one photo for Cee’s challenge this week … before time expires! 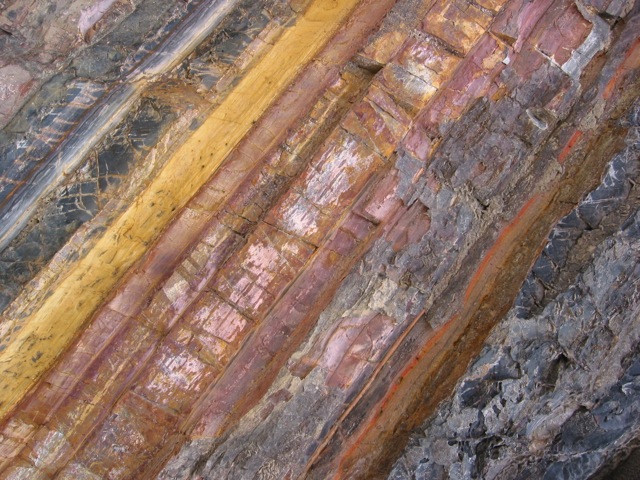 Mallacoota is a small town in the East Gippsland region of Victoria, Australia. It is one of the most isolated towns in the state of Victoria, 25 kilometres off the Princes Highway and 523 kilometres (325 mi) from Melbourne. It is halfway between Melbourne and Sydney when travelling via Princes Highway, though that is a long route between Australia’s two main cities. We live just off the Princes Highway a few hours north of Malacoota. It even seems remote to us! The rock formations around Malacoota are testament to times of great change and upheaval in the Earth’s crust. However this striated rock is the most colourful and intense I have ever seen.

I am not sure if gaudy is the right word, but I wanted to share some of brilliant colours of Rajasthan.

is this one ok? 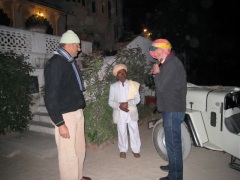 trying a flute, note the turban

washing water to welcome us 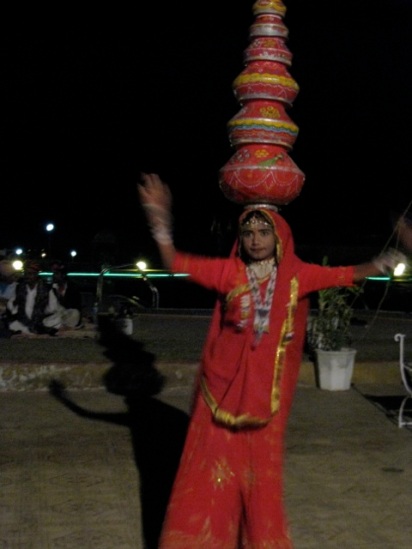 shopping clothes, brighter than ours!

dressed for the palace

Thanks Ailsa (http://wheresmybackpack.com/2013/02/08/travel-theme-gaudy/) for giving me the opportunity to revisit Rajasthan and find some of my favourite images! I tend to wear bright colours too, I often wonder why Westerners are usually so dull, especially business people. Do you know???

What does home mean to you? For me “home is where your heart is”. Our friends recently pledged to become Australian citizens, meaning they had discovered their hearts were here, and not in their birth countries any more. Here they are, one from England and the other from the U.S.A., with others, in the local council chambers.

The mayor is standing on the left, guiding proceedings. Australian flags hang on the wall behind, with a photo of the Queen, Her Majesty Queen Elizabeth II. Personally I think it is time we had a new flag that does not contain the Union Jack, reflecting the very diverse nations that are now melded in to Australian society. When this Queen passes away it might also be time for us to shed the monarchy, pretty and entertaining as it is. Meanwhile when our friends return from visits overseas they are very glad to arrive home!

In this world there are always mothers caring for their young. It is a process that does not stop, as long as life continues. Here a female red-necked wallaby grooms her joey while also teaching him about what to eat, and gradually weaning him from her mother’s milk.

This post is part of Jake’s challenge: On Going.

I love taking photographs through the window of a plane. Sometimes there is not much to see, or the view is blocked by plane parts, but other times it can be sublime. When we were coming in to land in Bhutan we dropped down close to the vast Himalayan mountains, eventually flying along a winding narrow valley before executing a sharp and short landing at Paro. Can you see the snowy peaks in the distance?

This year we flew to Lord Howe island twice, or three times if you count the day we turned back in rough weather. The window was partly clouded, hence colour is not reliable, but here is a view of the lagoon and one end of the very small island.

Coming in to land at Sydney we circled over the north of the harbour, flying over Manly and the north shore before turning to come down over the inner western suburbs. People looking out of the opposite side of the plane would have seen the Harbour Bridge and Opera House, as I have many times before.

This window is gloriously clear, a new plane on route to Singapore. It was a wonderfully comfortable and smooth flight, epitomised by this peaceful photograph of the wing and the clear blue sky. 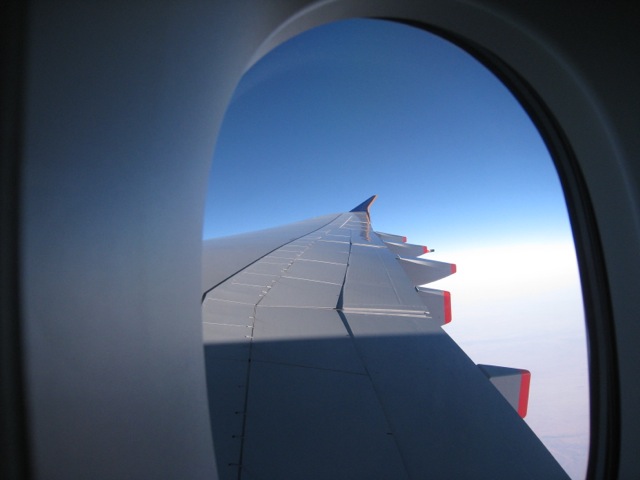 wing from the window

This month I would like to share Northern Narratives with you. Judy lives in Minnesota and takes wonderful photos of nature and the world around her … she also knits and sometimes writes about wool and colour, fascinating for me as it is something I used to enjoy, but don’t get to any more. The other is an Australian blogger, Jenn who lives in Qld, and shares her words and photos at The Serenity Space. Hop on over to visit these lovely blogs by women sharing their life, hopes and dreams! Check out Marianne’s blog too and join in the monthly blog hopping challenge. 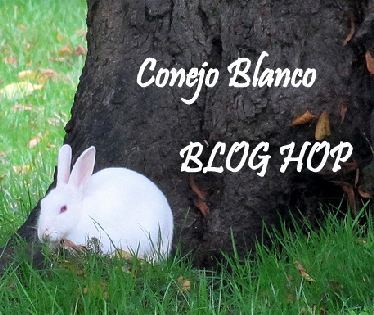 heartfelt images
Create a free website or blog at WordPress.com.